Anxiety disorders are the most common mental illness in the U.S., affecting 40 million adults in the United States age 18 and older (18% of U.S. population). However, there can be relief from a source that may surprise you and it doesn't involve medications. 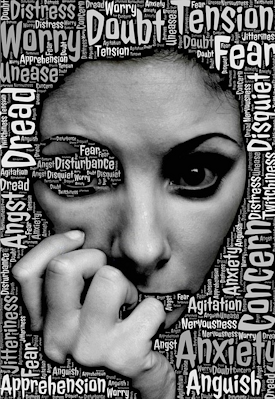 According to anxietycentre.com, current estimates put this number much higher - approximately 30 percent - as many people don't seek help, are misdiagnosed, or don't know they have issues with anxiety.

The Economic Burden of Anxiety Disorders commissioned a study by the ADAA and based on data gathered by the association and published in the Journal of Clinical Psychiatry, anxiety disorders cost the U.S. more than $42 billion a year, almost one third of the $148 billion total mental health bill for the U.S.

More than $22.84 billion of those costs are associated with the repeated use of healthcare services, as those with anxiety disorders seek relief for symptoms that mimic physical illnesses.

A recent survey showed 41 percent of employees from a range of industries reported high levels of anxiety in the workplace.

Another report found that more than half of college students sought help for their anxiety issues. Research has found that anxiety can impede learning, which often leads to lower academic achievement and performance. 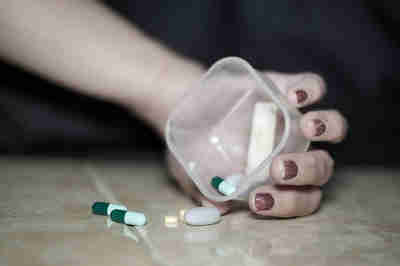 There were over 3.3 Billion prescriptions filled in America in 2002 (12 times the U.S’s population - that’s 12 prescriptions for every man, woman, and child in the U.S. that year). Paxil and Zoloft ranked 7th and 8th in the top ten prescribed medications in the US (these two medications totaled almost $5 Billion in sales in 2002).

These are just a few of the common side effects that the FDA lists for anti-anxiety medicines:

Not everyone responds well– 50% of people who take these medicines do not benefit; they have no effect.

And according to Dr. Sharron Moalean in her book "Inheritance - How our genes change our lives and our lives change our genes" as many as 10% of individuals of European descent and up to 30% of North African desent are ultrarapid metabolizers of certain drugs due to the versions of genes they have inherited.  so a few of the drugs that are prescribed for anxiety such as Diazepam can be lethal.

Or perhaps anxiety is a symptom of:

Stress is experienced when pressure exceeds our capacity to respond it. Stress results in allostatic load.

Allostatic load is "the wear and tear on the body" which accumulates as an individual is exposed to repeated or chronic stress.

Pharmaceuticals may mask the symptoms of anxiety, but they will not change our brains habitual and unconscious response to change and or challenge that result in stress.

A study published in JAMA Internal Medicine done by researchers at John Hopkins, showed that there was evidence that mindfulness meditation could alleviate anxiety to a similar degree as drug therapy does.

Research from Dr. Joe Dispenza is very exciting, since it shows how meditation can balance the brain and relieve anxiety. He highlighted in a presentation at the recent 2017 Neuroscience Training Summit that a CEO suffering from anxiety was able eliminate it long term (he asserts she healed her anxiety) by mastering meditation, as shown in the brain scans indicating Delta/Theta brain wave balancing in her brain in as little as three days. 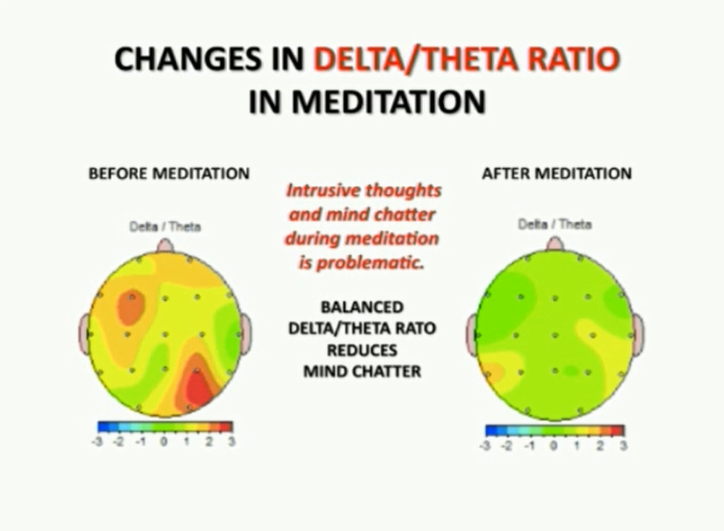 Red show areas of the brain are hyperactive and over aroused. Green areas show the brain in balance.

When are brains are in balance and have coherence (stress disrupts this coherence), Dr. Dispenza asserts, we not only feel better, we function better and achieve better health; we leverage the body’s natural abilities to heal. He shares that findings show people healing themselves from chronic illness. It also shuts down our brain’s Default Mode network (DFM).

The research from Judson Brewer at MIT shows that we can quiet and flat line the Default Mode network (DFM) and the Posterior Cingulate Cortex (PCC) of the brain; which is the source of a lot of our stress and the repeated rumination of thoughts that can be the source of anxiety. 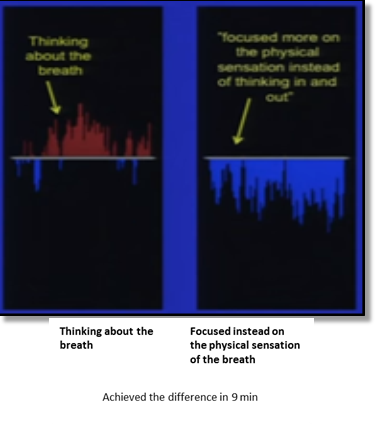 These findings can be found in the JAMA Internal Medicine, The Journal of Alternative and Complimentary Medicine, Clinical Neurophysiology Journal, The Journal Brain, Behavior and Immunity, PubMed, American Psychological Association, American Journal of Psychiatry, and more…  There are a total of 300 research studies alone on just one type of meditation (Transcendental Meditation) that have been published in 160 peer-reviewed academic and medical journals.

What neuroscience is revealing about meditation, mindfulness, and yoga is exciting because essentially it's starting to catch up with yogic wisdom — yoga, meditation and mindfulness improve your brain, make you stronger, healthier, more relaxed, and more capable of self-actualization.

What’s keeping you from learning Mindfulness and or Meditation and reaping their benefits?

Do you want a future greater than your past filled with anxiety?

What’s keeping you from obtaining relief from your anxiety and or stress?

Visit the https://neuroyoga.zone/Classes-Workshops-Retreats for my Meditation and Mindfulness offerings.

Our Brains on "Kirtan Kriya" Meditation

Our Brain on "OM"